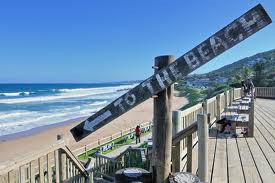 Ballito used to be a small holiday town located in  Kwa-Zulu Natal,  South Africa, but today it has grown into a suburban paradise: drawing many young couples and families to start a new life here. Ballito is situated roughly 40 kilometres north of  Durban. It forms part of the KwaDukuza local Municipality, and iLembe District Municipality.  Dolphins are common on this stretch of the  North Coast shoreline, hence the nickname  Dolphin Coast. 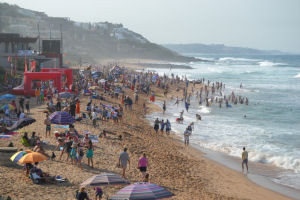 The town was established in 1954 as a private township, by the Glen Anil Development Corporation/Investments which was headed up by Dr Edward (Eddie) Rubenstein (1903–1972). The word "Ballito" translated from Spanish means "little ball". The town's name was borrowed from a glossy advert for Ballito hosiery made by  Ballito Hosiery Limited of  St. Albans,  England The area was originally portion of a sugar cane farm at  Compensation Beach owned by  Basil Townsend. 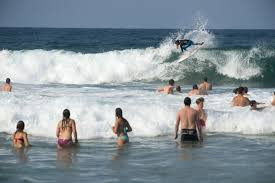 Today Ballito is a thriving community of its own with ties to primary and high schools in and around Ballito,  Umhlanga,  Stanger and  Tongaat. Ballito has grown exponentially in recent time and has three shopping malls, Lifestyle centre, The Junction and The  Ballito Bay Mall. It is a holiday destination with hotels and self-catering accommodation,  swimming (Willard) and  surfing  beaches (Boulder). A promenade about 2.5 kilometres long along the beach front allows for walking and jogging.